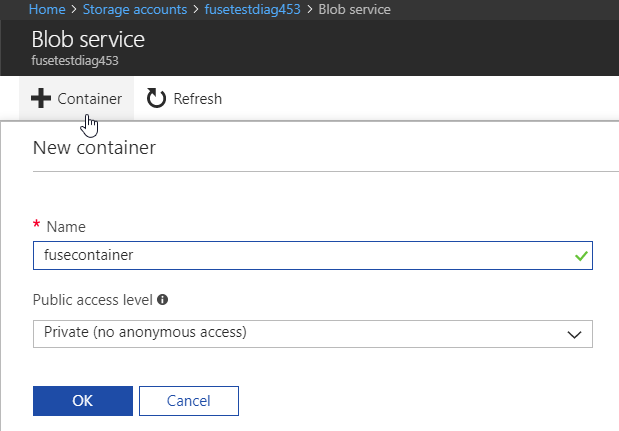 Earlier this week, Microsoft launched a new Linux driver into public preview: the FUSE adapter for blob storage. Obviously this is an open source driver (hosted on github). The driver allows you to mount blob storage into your VMs and read/write from blob directly.
What does this mean? It is a very easy way to interact with blob storage. The downside of blob storage is that is an object storage platform, which doesn’t work like your regular file system or network drive. With the FUSE driver, you can use your Linux command line to interact with the blob storage platform.
One use case this can unlock, is an easy way to load your data into a storage account to use with a HDinsight cluster. HDinsight can natively interact with blob already via another open source driver called WASB. With the FUSE driver, you can get data into your storage account, so Hdinsight can start number crunching on your data.
Let’s dive into the FUSE driver and how you get it up and running:

To do this small demo, I created a small new Ubuntu VM.

After logging in (SSH), we need to update apt-get and install the FUSE dependencies:

Next step is to clone the source code from github and build the driver. 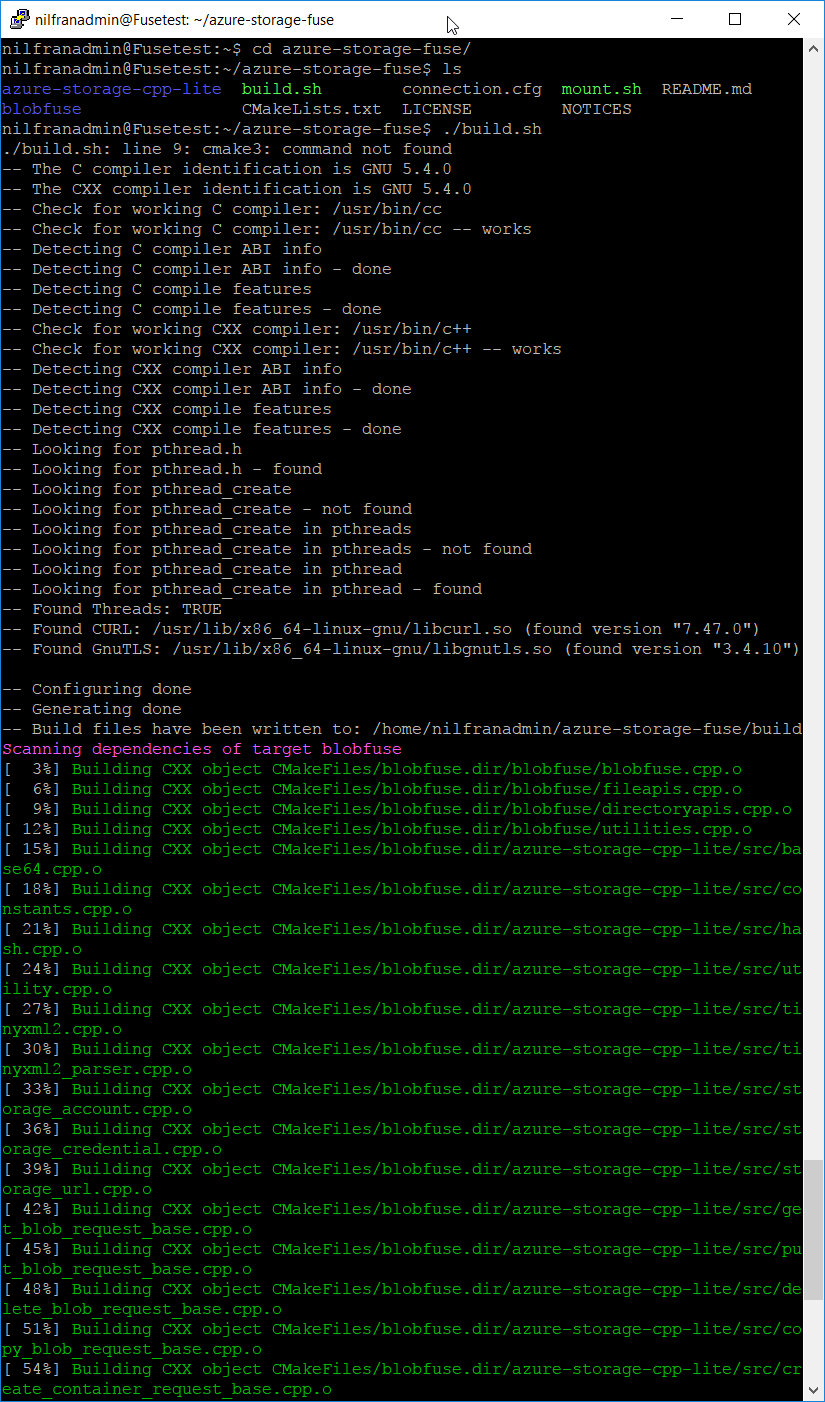 I used the default diagnostics storage account (lazy me) for my demo here and created a specific container for this demo.

Create the mount point, create and give the user access to the temp directory (I had issues with this up front) and mount the blob container.

And here we are: blob is mounted into your VM!

Let’s now test this out, by e.g. downloading an Ubuntu ISO (simple WGET). What do we see? Well:

Below, you can see some screenshots of the download process itself, with the blob view from the azure portal next to it. 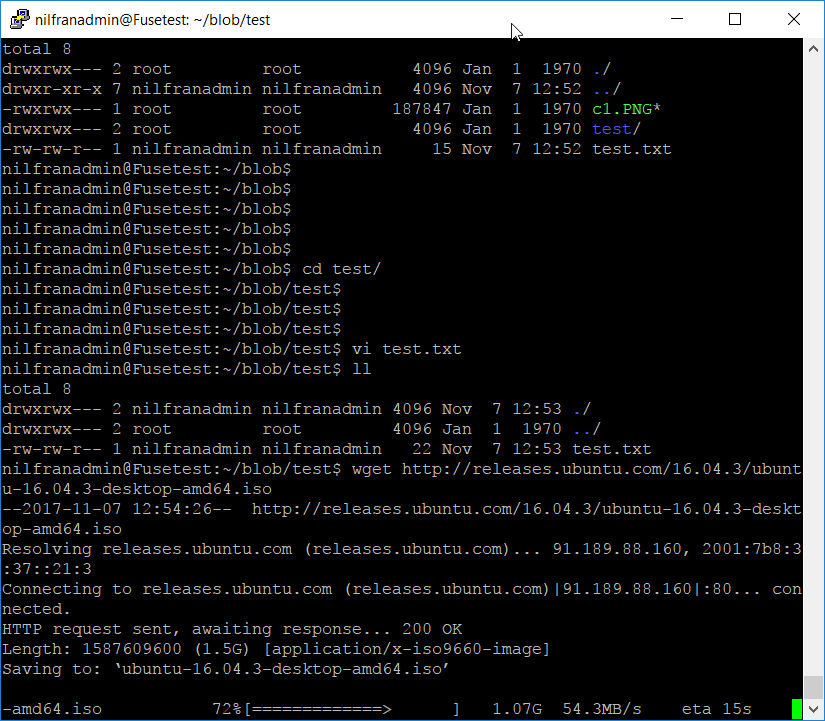 The FUSE adapter for blob storage is a cool nifty driver that allows you to mount blob storage into your Linux file system. It’s easy to install (only took me 30 minutes to try it out). The driver itself is quiet performant on my first look, so I recommend you to try it out. Just be careful: it is still in preview and still has its limitations.